To tell stories through fun and surprising images that are far from conventional architecture photography is an ultimate goal of two, very imaginative fine-art photographers, and former architects – Anna Devís and Daniel Rueda. Despite the young age, they have already been listed in Forbes 30 under 30, their work has been published within dozens of publications and exhibited around the world - from Miami, through Cannes and New Delhi to Tokyo. Nonetheless, Daniel and Anna have continuously transmitted joy and optimism, encouraging us, as the Monty Python would sing, to look at the bright side of life. 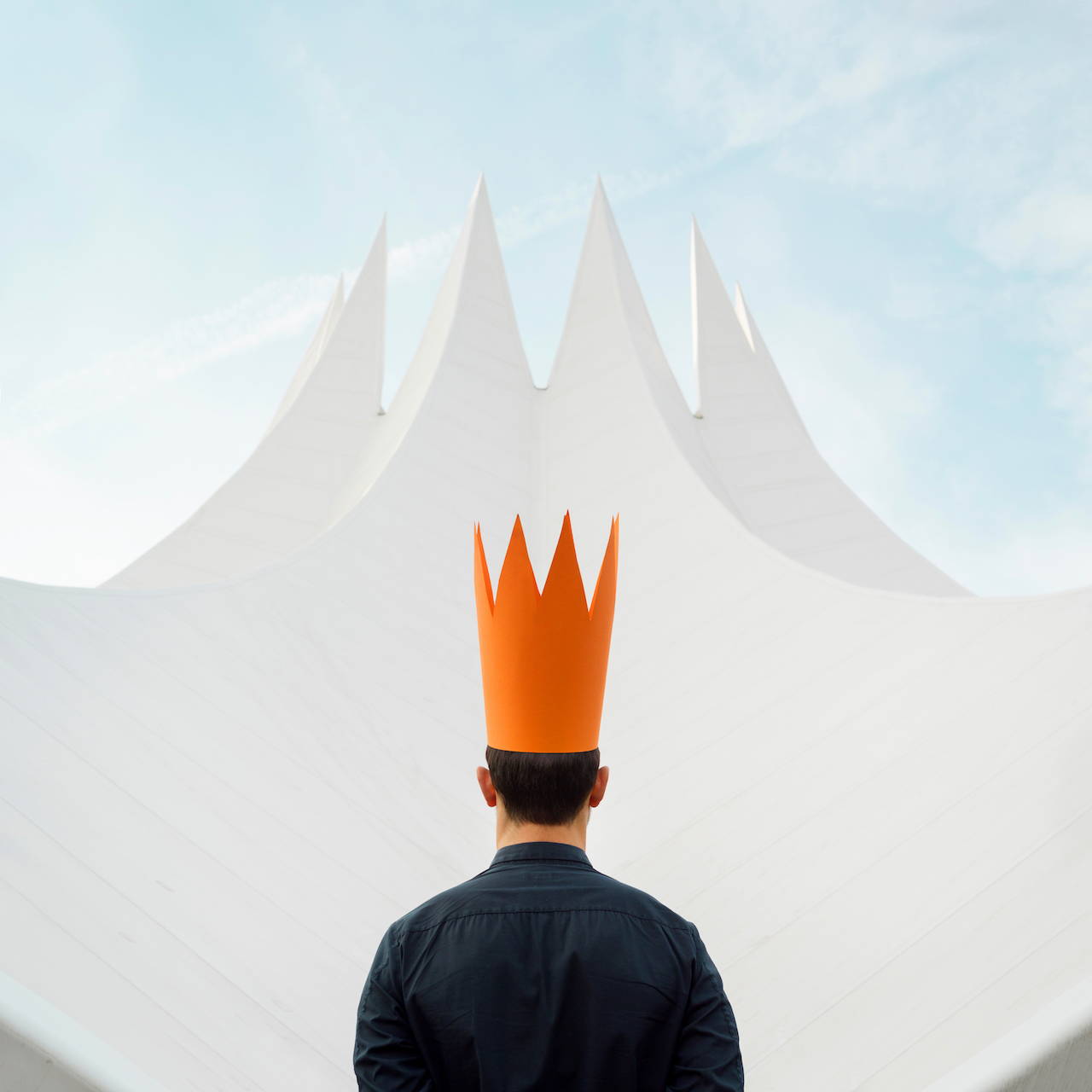 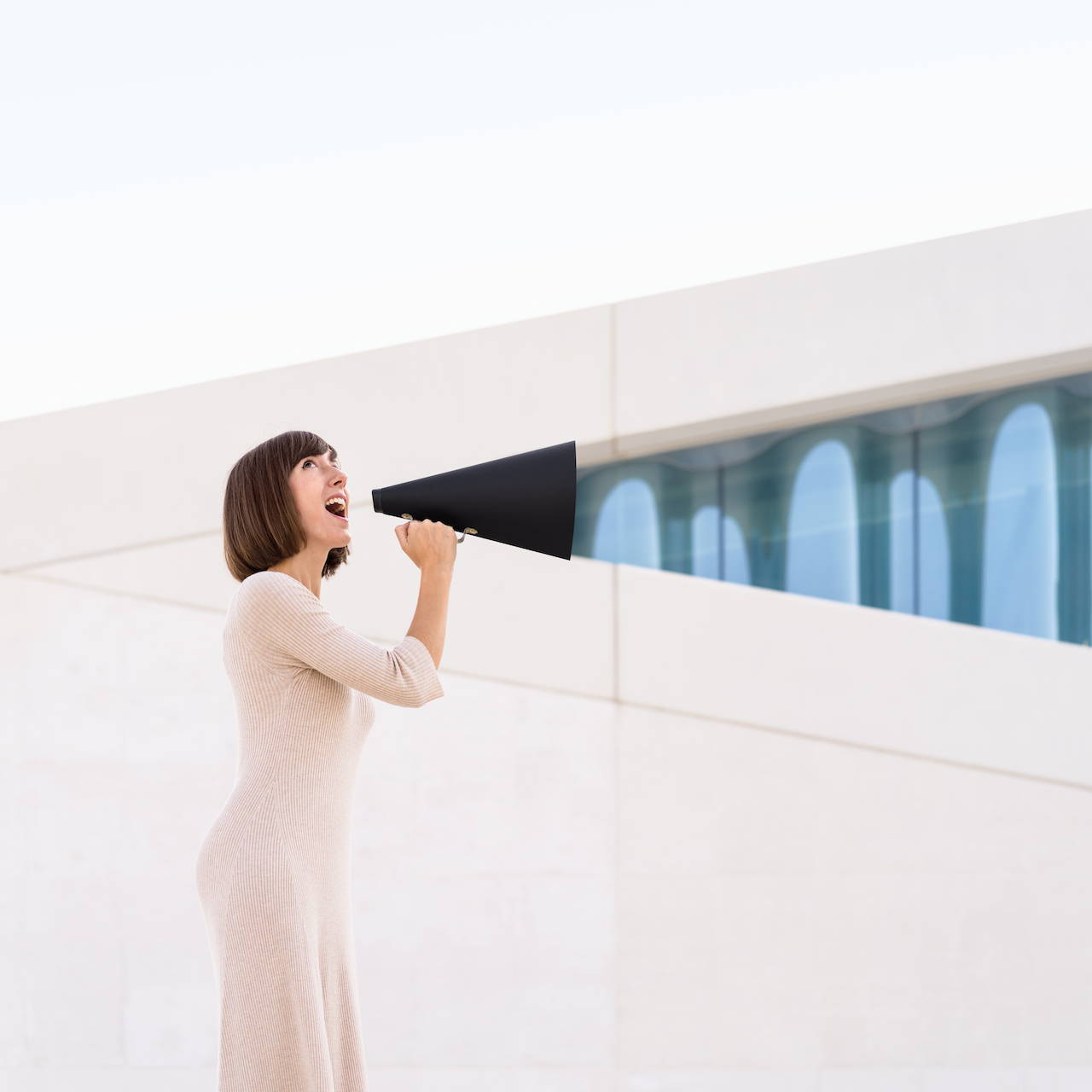 We’ve recently visited their beautiful apartment in Valencia and talked about few interesting aspects of their private life and professional careers. Go inside their bright and airy home and get to know our hosts a little better.

Playful, geometric, adorable, and inspiring are just a few first expressions that come to mind right away while scrolling through your work. Can you tell us how you’ve come up with this concept?

Anna & Daniel: Although neither of us practice anymore, we’re both architects and thus we’ve always enjoyed taking pictures of buildings. Unfortunately, apart from our architect colleagues, nobody seemed to really pay attention to the images we were taking. We’ve had yet to learn that not everyone is into abstract and minimal pictures of architecture the way we, architecture nerds, are!

We’ve always felt that as a rule, architects are not very good at communicating how important our job and responsibility to the society is. That's something we’ve learnt we could change with our photography. We soon discovered that, by implementing creativity and humor in our images, we could highlight specific buildings in a different way, making people without background in architecture excited about a particular space that otherwise might have never piqued their interest. 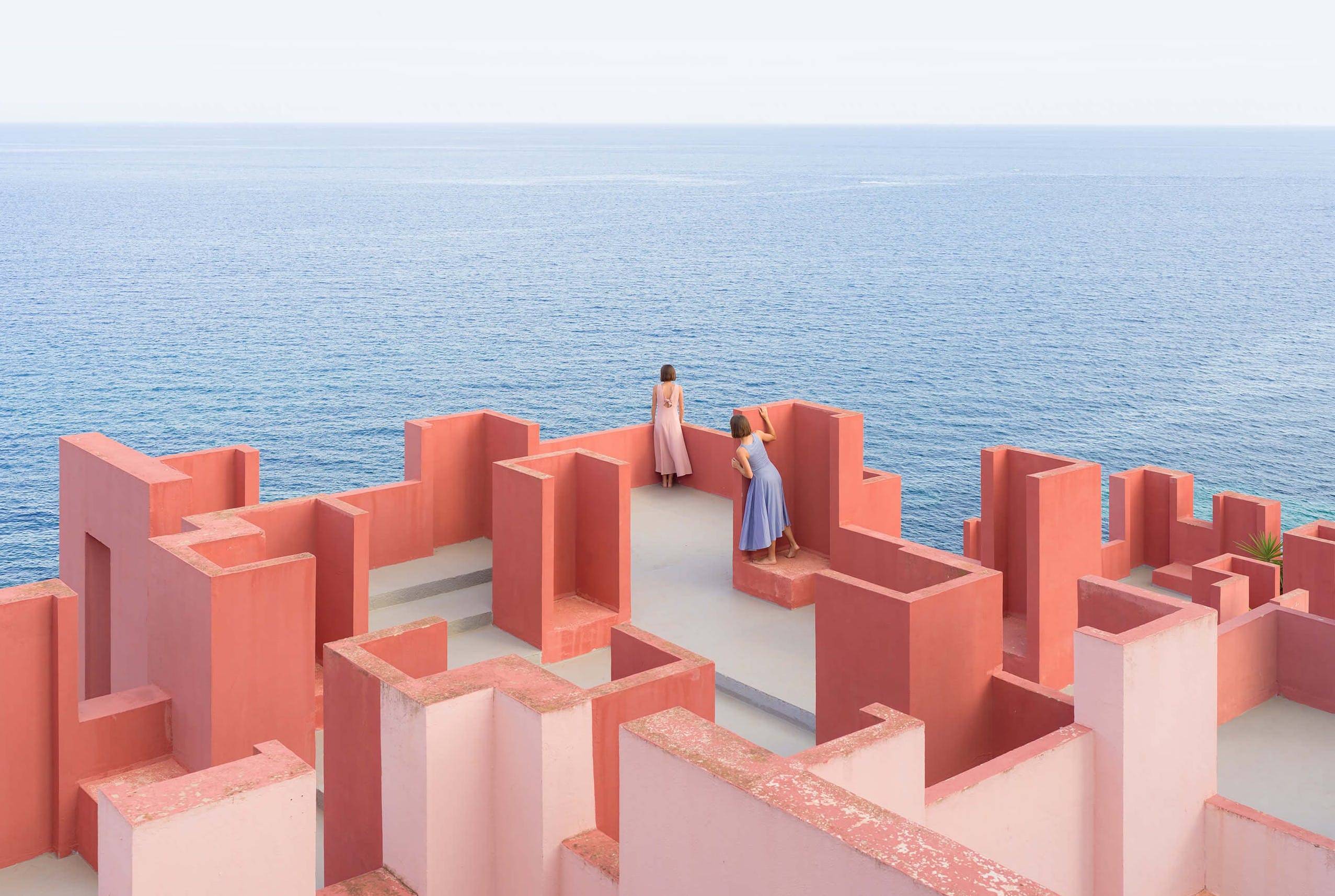 As we understand, you share the visual idea behind your work. Why have you decided to show it in two separate Instagram accounts?

That’s correct! You could say that the concept of teamwork is deeply rooted in our DNA. We work together on every single image, although each of us tends to shine brighter in different areas. For example, Anna, being the arty person, really enjoys solving problems and working with her hands. That’s why she’s in charge of prop-making and crafting. I’m her complete opposite: I (Daniel) am the technical one, worrying about things such as geometry, composition and image quality. So, whether I’m working with the computer or shooting with the camera, you’ll most likely find me behind the screen most of the time. What’s interesting, as time goes by, we’re realizing we are not only bringing to the table what we do best, but we are also constantly learning from each other how to improve in the areas we are not that comfortable in by nature.

As for the motive behind two separate Instagram accounts, I’m afraid there really isn’t a very interesting reason for that! We both had our own Instagram accounts when we met, since we always loved taking pictures. We’ve been together for quite a long time, but I guess we’ve been interested in photography for even longer! 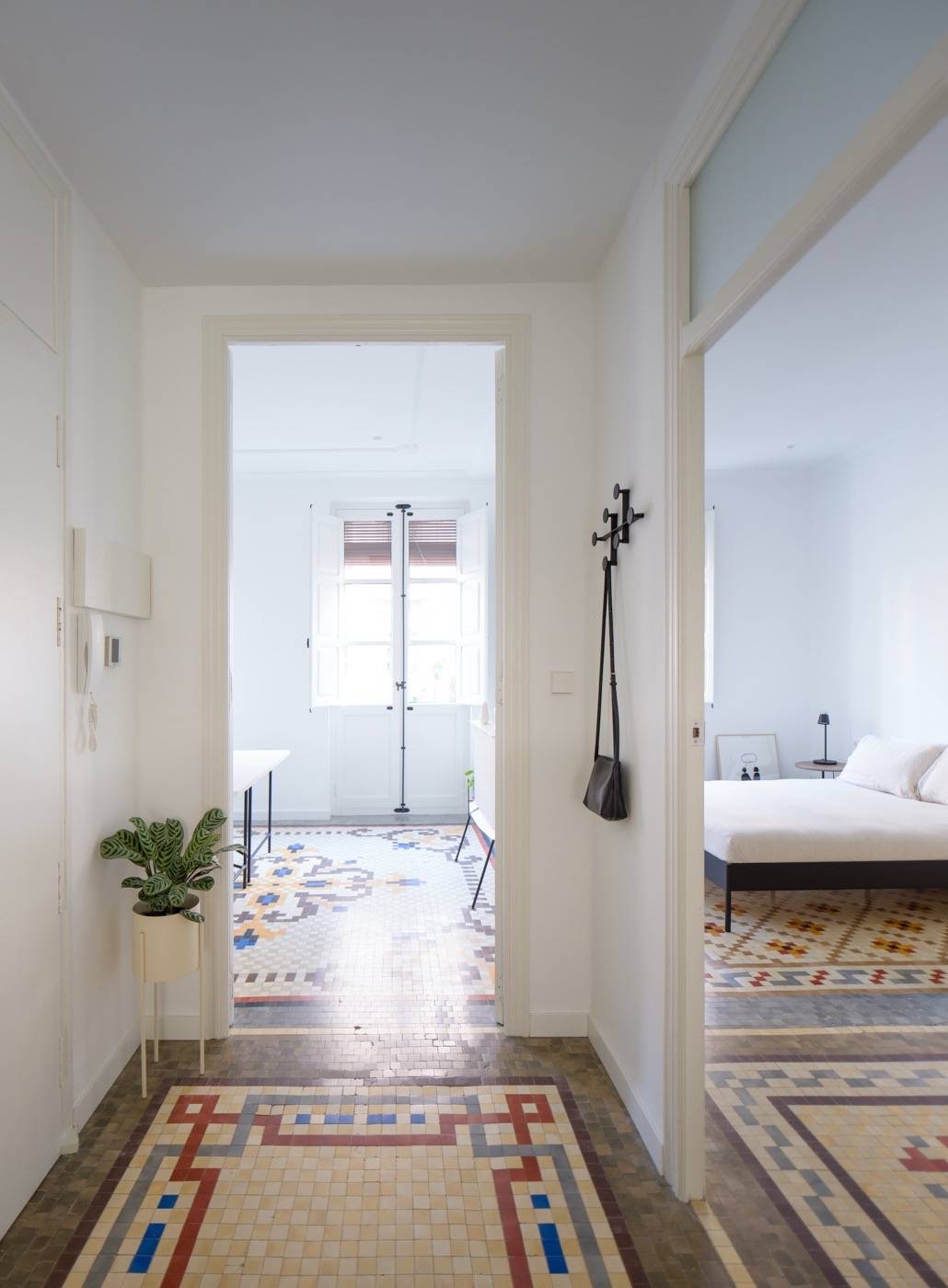 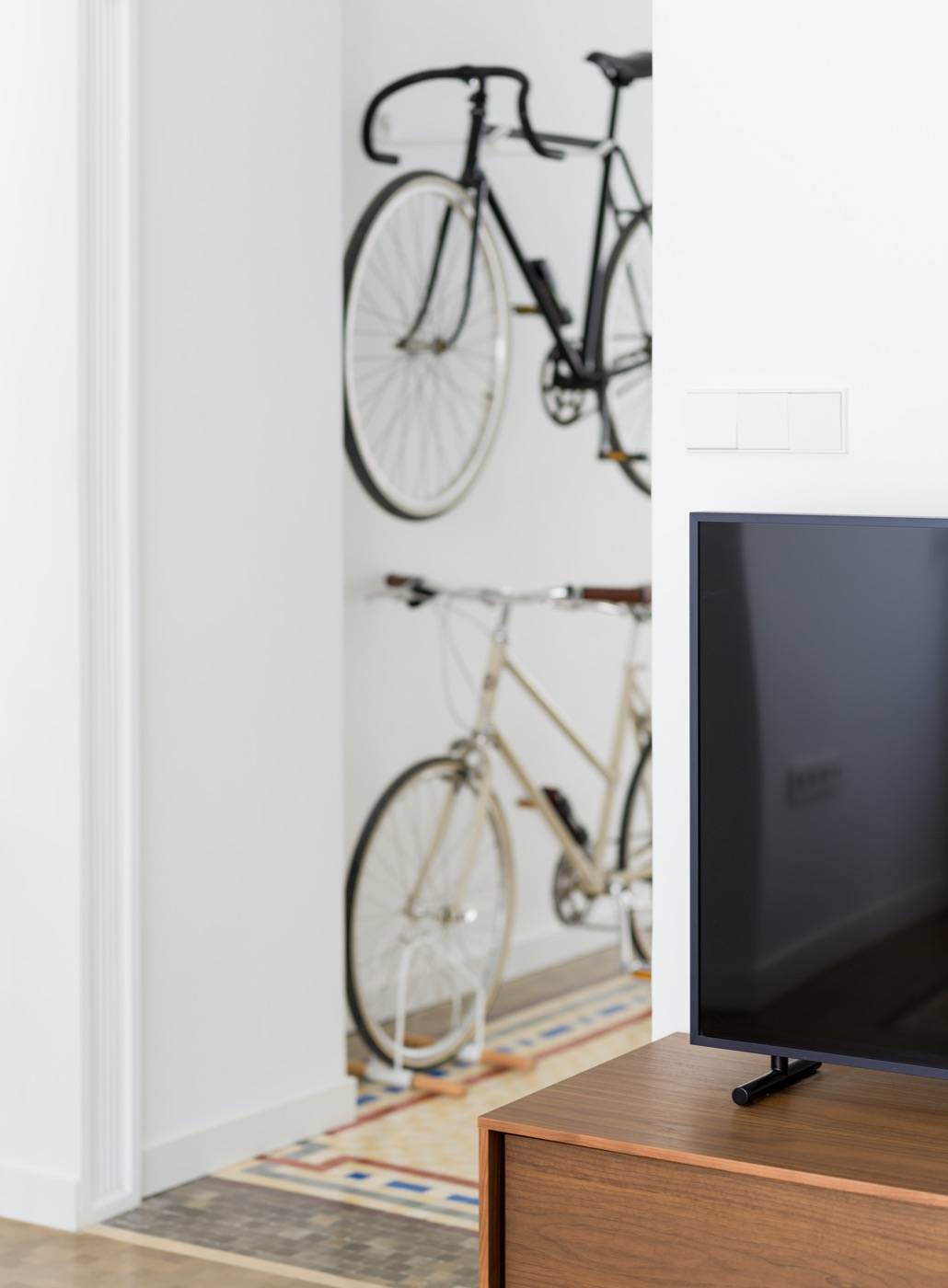 Finding the right location, preparing a scenography, shooting and creating a whimsical caption seem like a very time-consuming process. Is it just the two of you working on every project or is there a team behind them all?

We’re a very efficient two-people team, although we must confess there are many instances where we could use a hand or two. Despite that, the truth is we absolutely love getting involved in every single aspect of creating these images: from the brainstorming and the location scouting, to the prop making, the actual shooting of the image and everything else in between. There’s always a never-ending list of things to do with a lot of boxes to tick before we even get to set up a scene! Which is funny because, at the first glance, one would probably think that most of our images are actually not that difficult to capture because of their modest appearance. But, with the passing years, we've learned that achieving this level of simplicity is really, really complicated, which makes the process of creating each image a completely different and unique adventure! 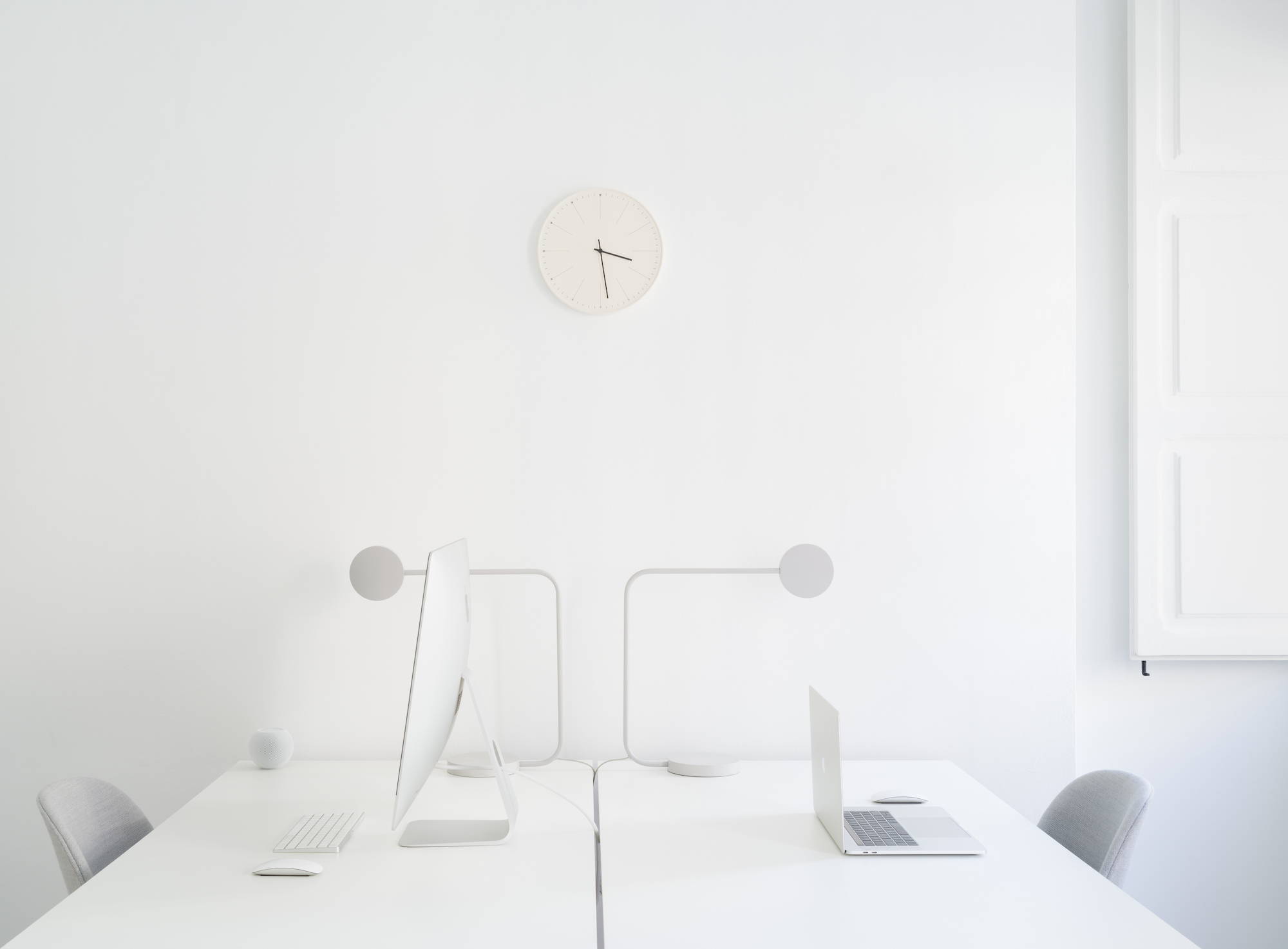 Is creating your images your full-time job or do you treat it as a side project?

A little bit of both! Even though we’re constantly working with brands and companies from all over the world, we’re still creating images that are undoubtedly our own. As a matter of fact, some of our favorite artworks were born as a result of a collaboration with brands. It’s actually during creative brainstorming sessions with the clients that some of our best ideas came to life! So, at this point, I’d say it definitely feels like a full-time job, but it’s something we really enjoy working on. 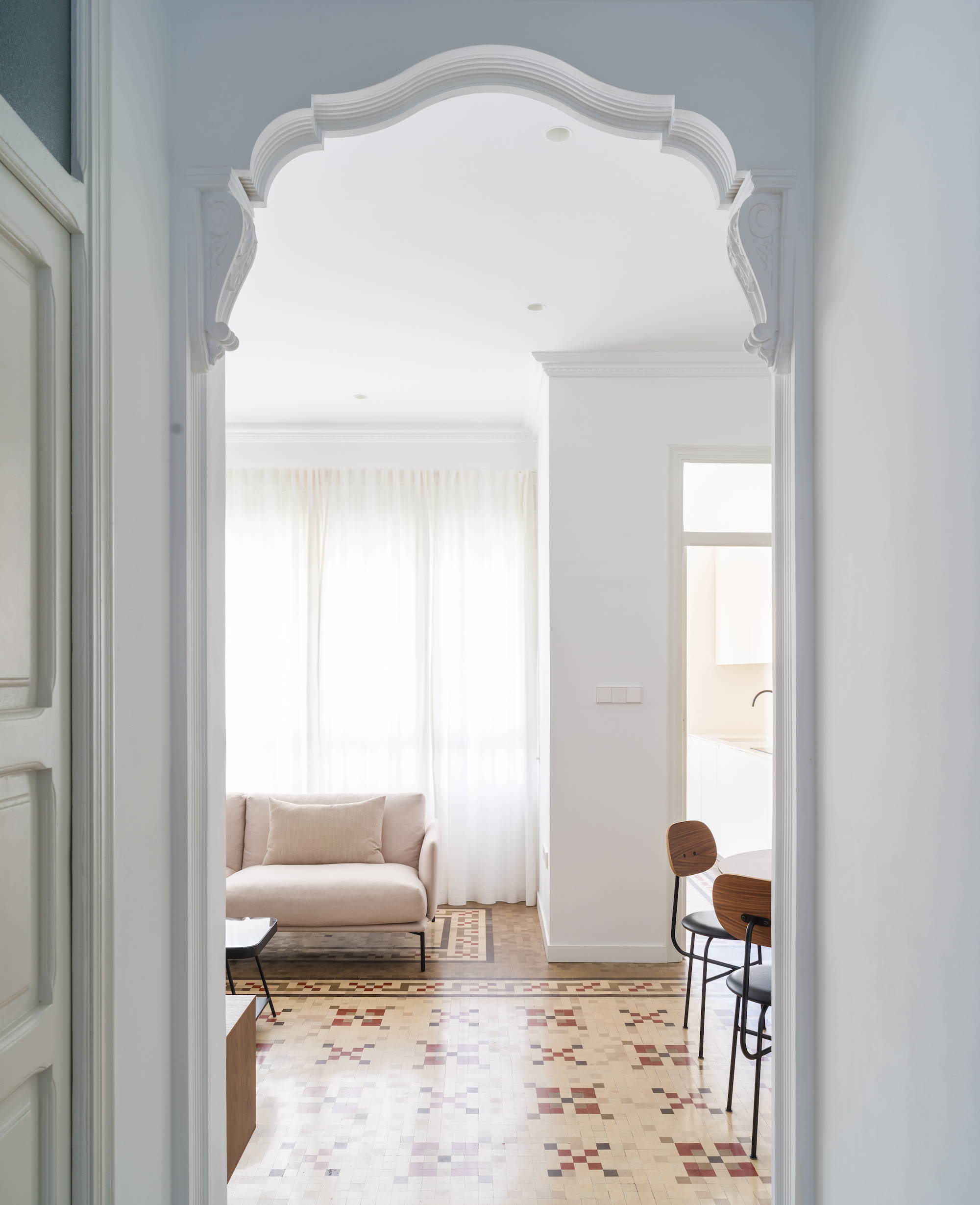 "We’re not joking when we say we’re living the dream!"

You both graduated from the School of Architecture in Valencia. What vision of your professional future did you have in mind at the beginning of your studies? Was it also related to photography?

Not at all! Besides architecture, we’ve had many different interests during our years at the university, but photography has always been the preferred hobby for both of us. It’s something we’ve always enjoyed doing just for the sake of doing it, but I don’t think neither of us thought we would make a living out of it. We’re not joking when we say we’re living the dream!

You’ve met, studied and still live in Valencia – the hometown of one of the most recognizable architects in the world, Santiago Calatrava. Has he, by any chance, influenced your unconventional approach to architecture? If not, are there any other architects you admire?

Of course, too many to count! As for Santiago Calatrava himself, I am really not sure, but maybe! His approach to architecture is very risky yet his works are incredibly beautiful. They definitely don’t leave you indifferent, that’s for sure. Some other names that come to mind are Fran Silvestre and Ricardo Bofill. On the surface, their languages couldn’t be further apart, but if you dig a little deeper, you’ll soon unveil their shared passion for bringing architecture closer to the people through beauty, creativity and simplicity; and that is something we can totally relate to. 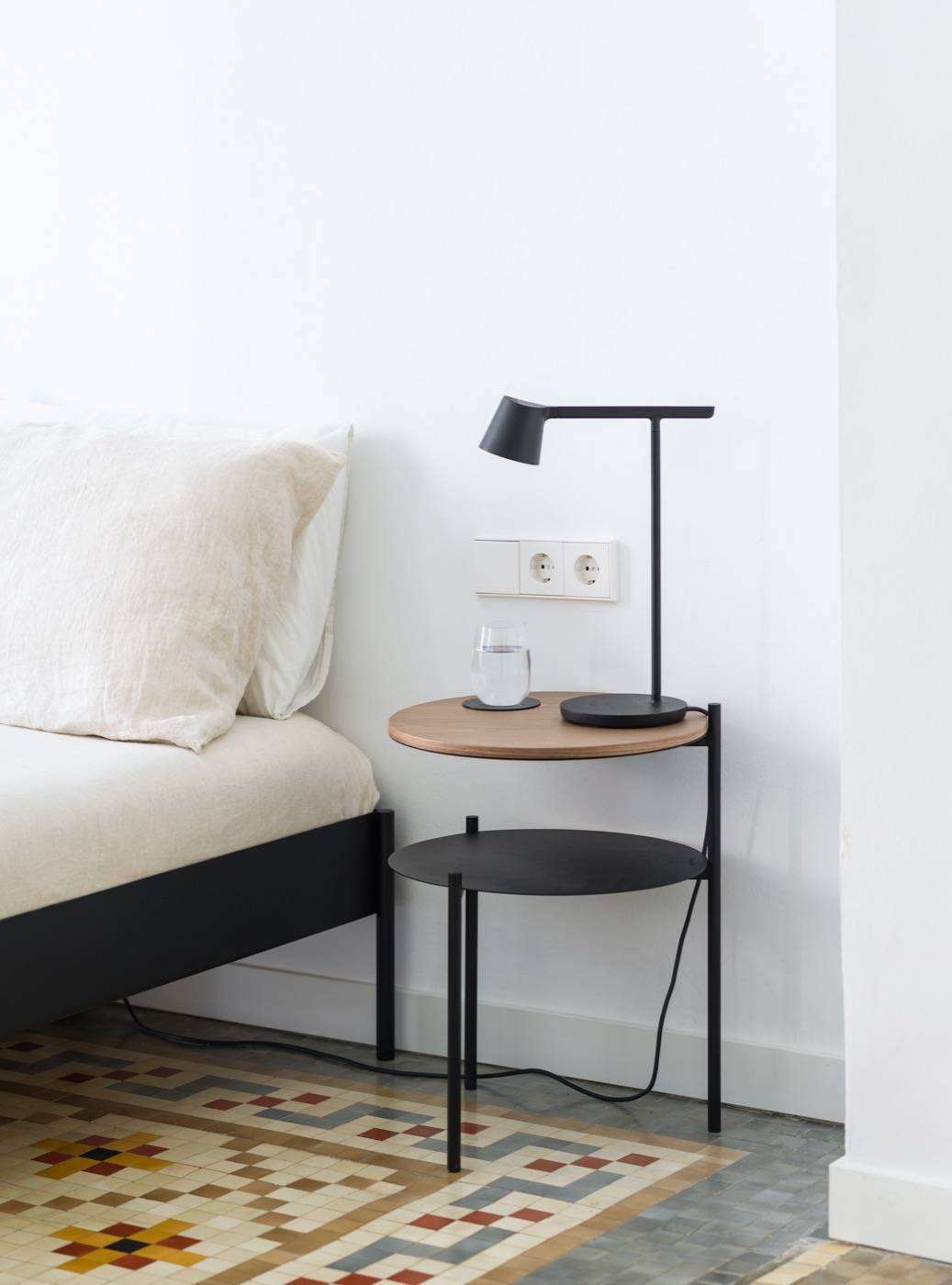 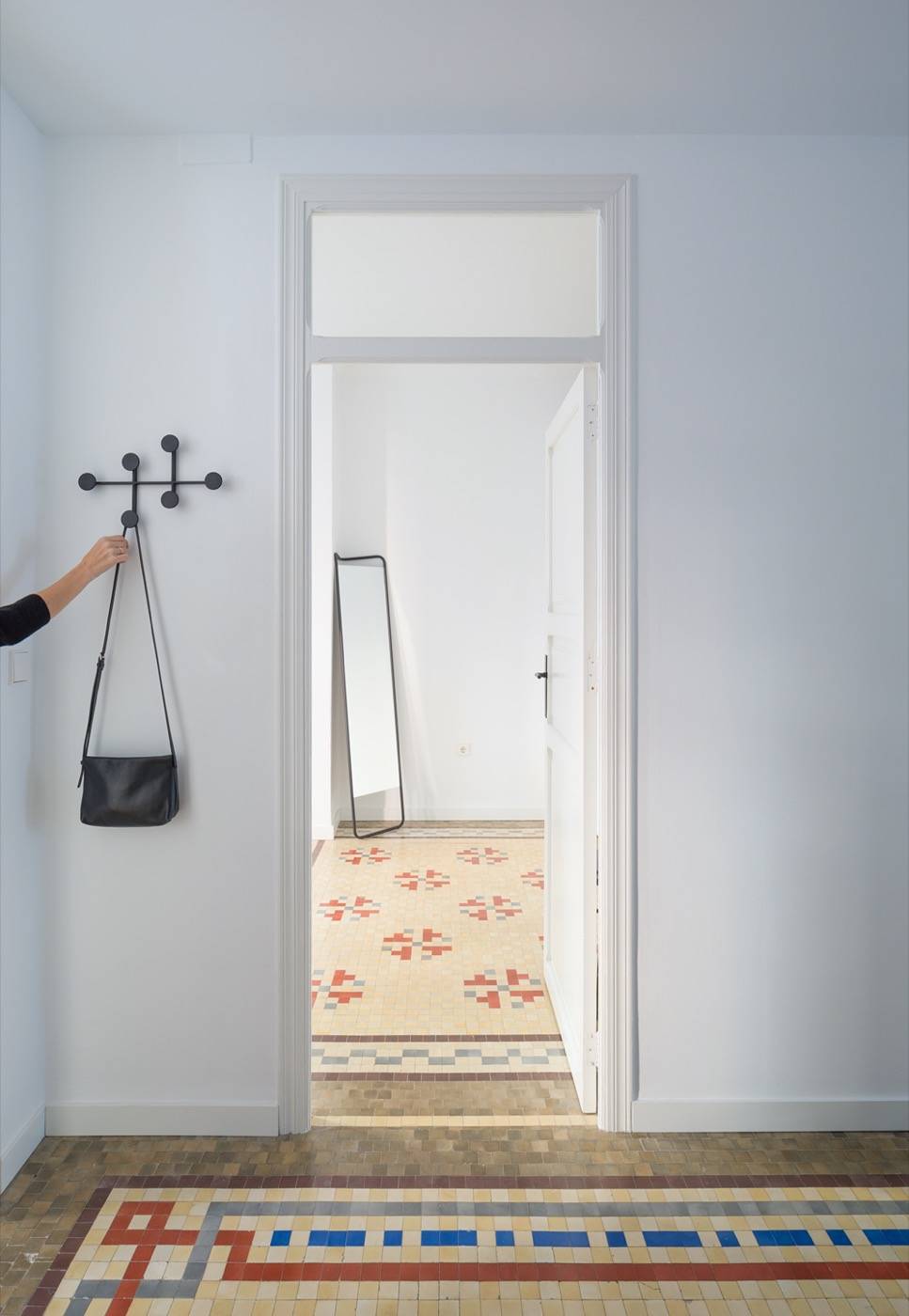 You’re really young, you both turn 30 this year, but you’ve already been listed in Forbes 30 under 30, your work has been published within dozens of publications and exhibited around the world, from Miami, through Cannes and New Delhi to Tokyo. Did you achieve it all through a lot of hard work or did a bit of luck also helped you on the way?

We cannot stress enough how extremely grateful we are for where we are in life right now. Obviously, a little bit of luck always has something to do with whatever degree of success anyone can achieve. But, having said that, we got to admit that we’re also super proud of each one of our achievements because we believe we’ve earned every single one of them through hard-work and constant effort.

You work together and you live together. Was it difficult to establish the so-called work-life balance?

To be fair, sometimes it is really tricky! You can’t complain at home about the intricacies of your workday when your partner is almost literally your boss (laughs). Working with your significant other is indeed not always the easiest thing in the world, but we wouldn’t change it for anything! We get to do the things we enjoy the most with the person we like the most, how incredible is that?! 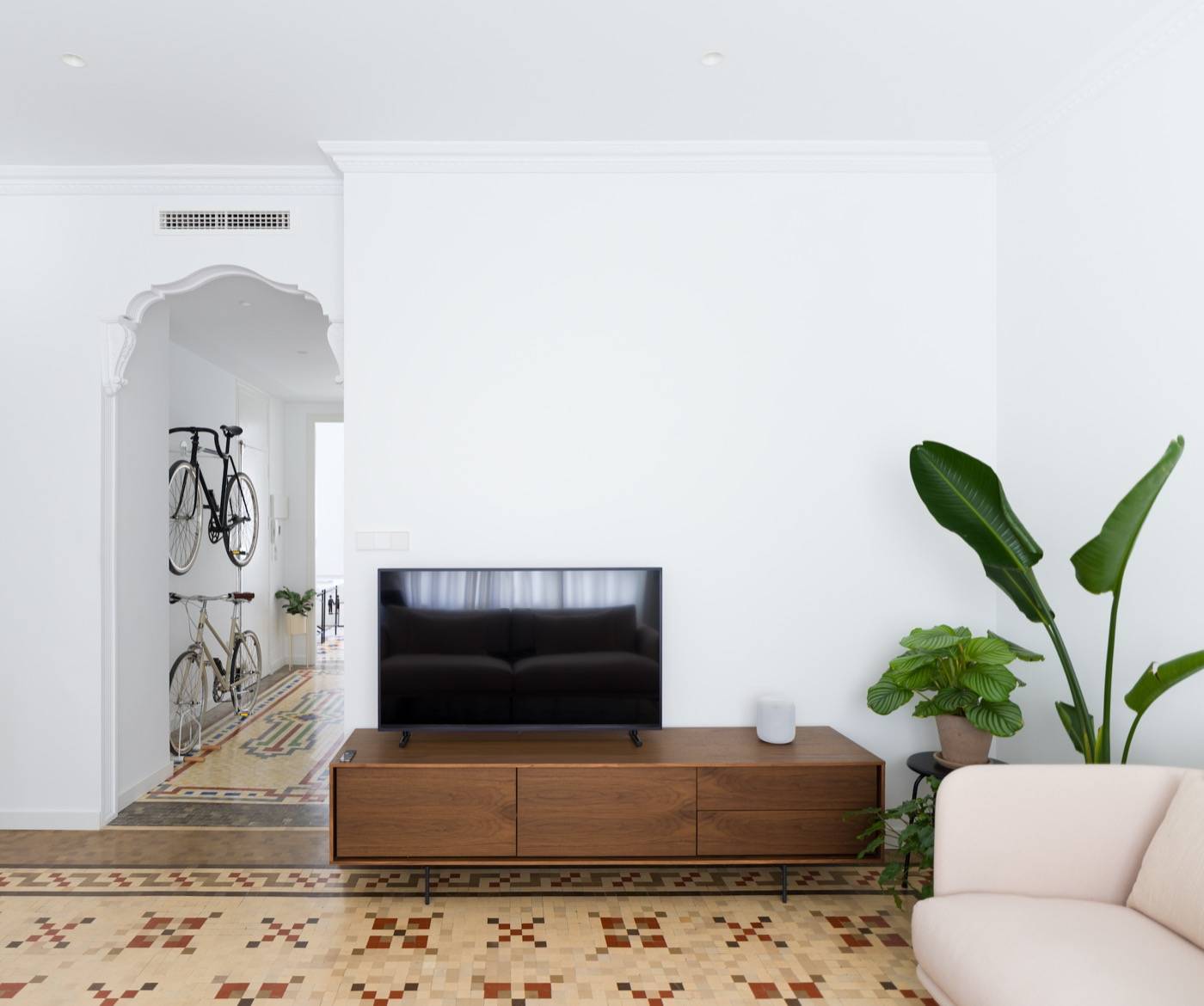 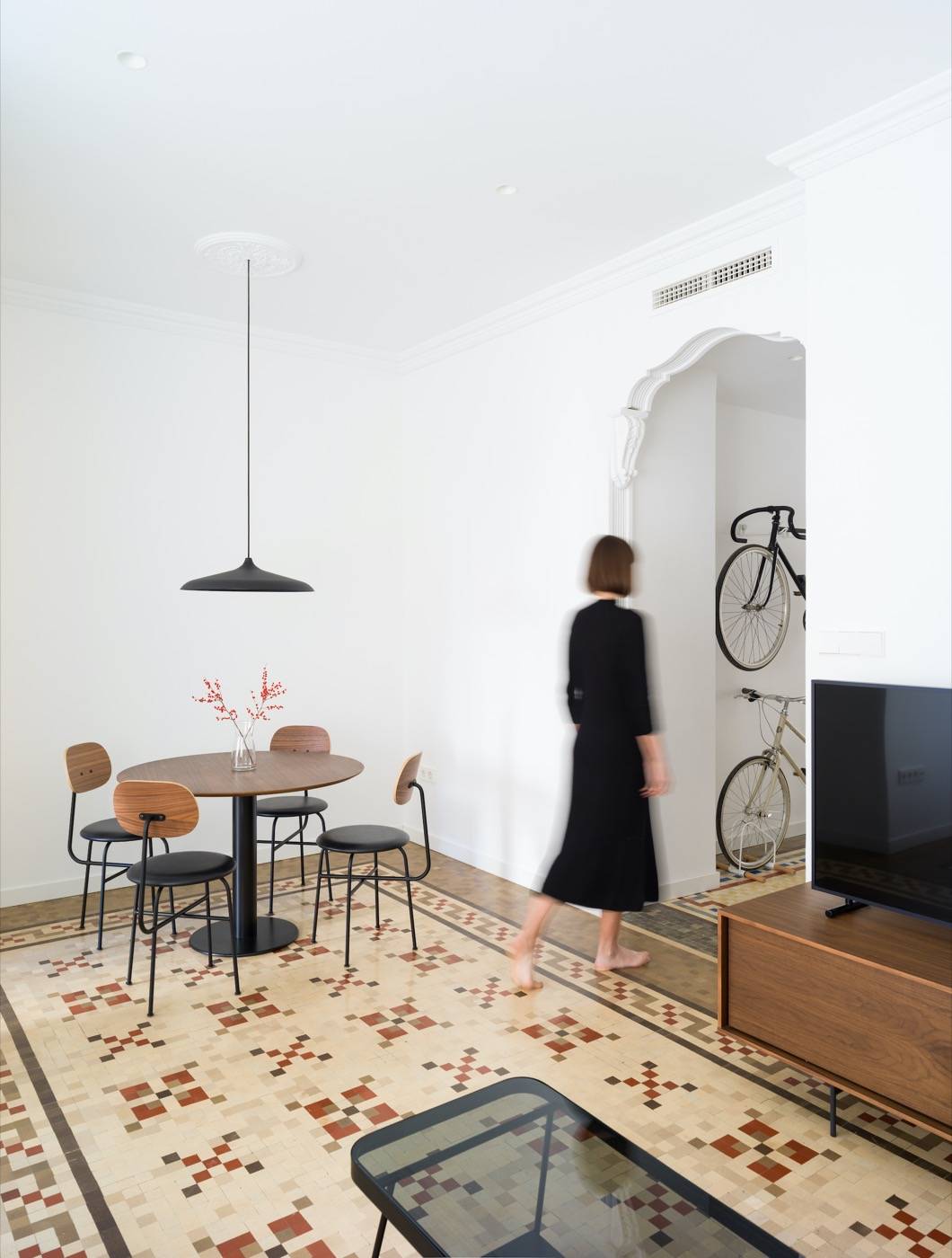 "We believe we’ve earned every single achievement through both hard-work and constant effort."

You live in amazing Valencia. What do you like the most about this city? Any special places to recommend?

We absolutely love everything about it. Nice weather, delicious food, creative people; Valencia is a very special city in Spain. I would even go as far as to say it’s also one of the best places in the entire world to be in – if not always, at the very least in the coming years. Believe it or not, Valencia was recently named the World Design Capital 2022! Throughout the year, talks, workshops and exhibitions will take place in the city in order to bring design closer to the citizens. If you’ve never been to Valencia before, you better start looking for plane tickets right now! 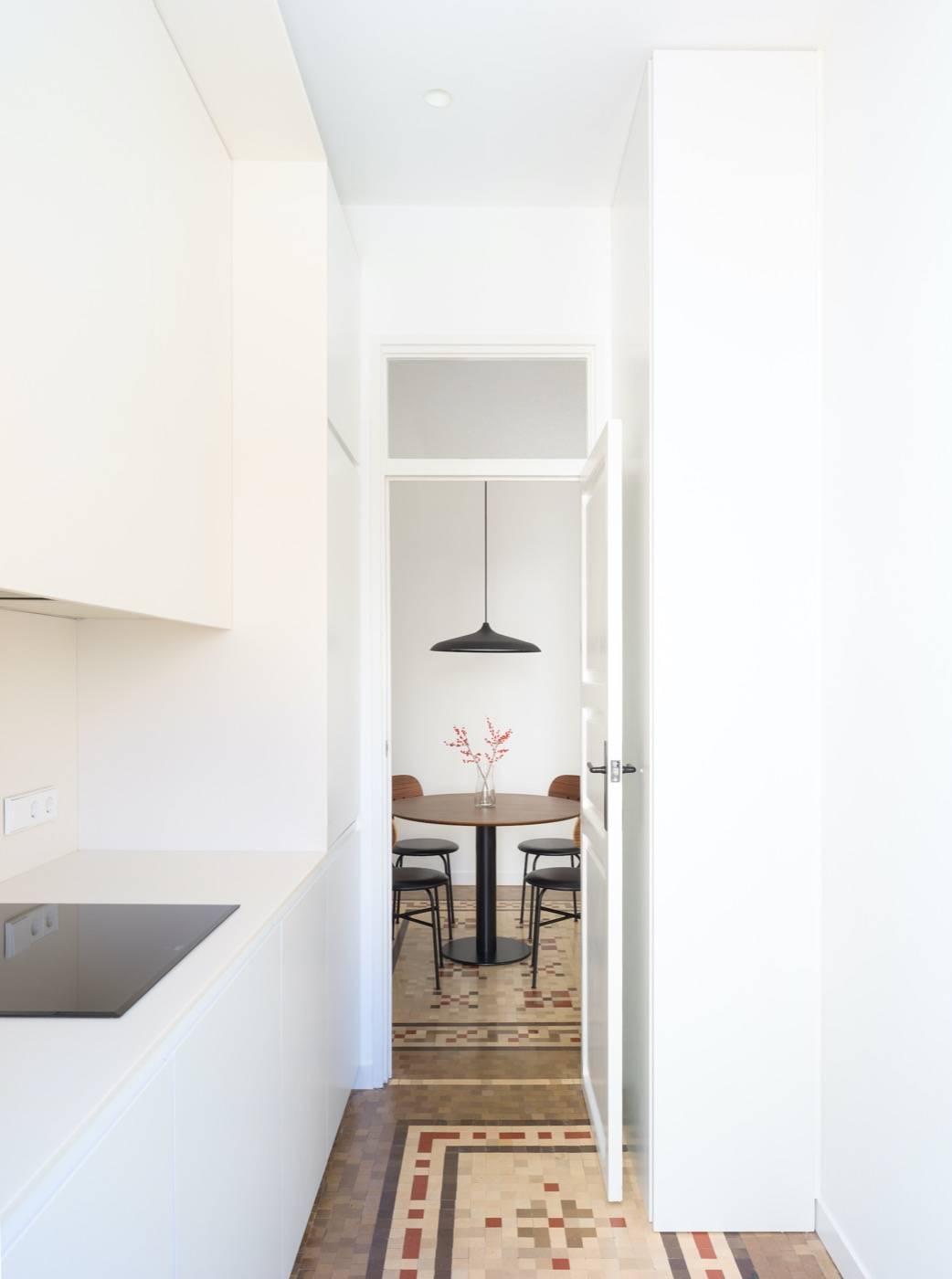 During our chat, apart from learning a lot about your experience and background, we’ve had a chance to visit your apartment. It’s bright, airy and just like your photography – very minimal. Last but not least, could you tell us about the criteria you apply while choosing products for your interior?

Of course! There really is no secret sauce here, though. As you can see, the floors are the absolute protagonists of this apartment. These small and traditional ceramic tiles are known as Nolla tiles. They were designed and produced in Valencia many, many years ago. Their bright colors and geometrical patterns deserve all the attention they can get. That’s why we try to have little furniture and keep it as simple as we possibly can. However, owning less does not mean caring less. For us it is actually quite the opposite! Because we don’t want to have a lot of things, we need to be very intentional with every new acquisition, but we’ve found this to be super convenient in the long run! We spent lots and lots of time trying to find the best way to furnish every room after the refurbishment, but we loved every minute of it. Learning about the designers and brands that got inside our house has been one of the most fascinating parts of the process. We have such a strong connection with all of these objects that every time we touch them or look at them, we’re immediately reminded of why we love them so much. 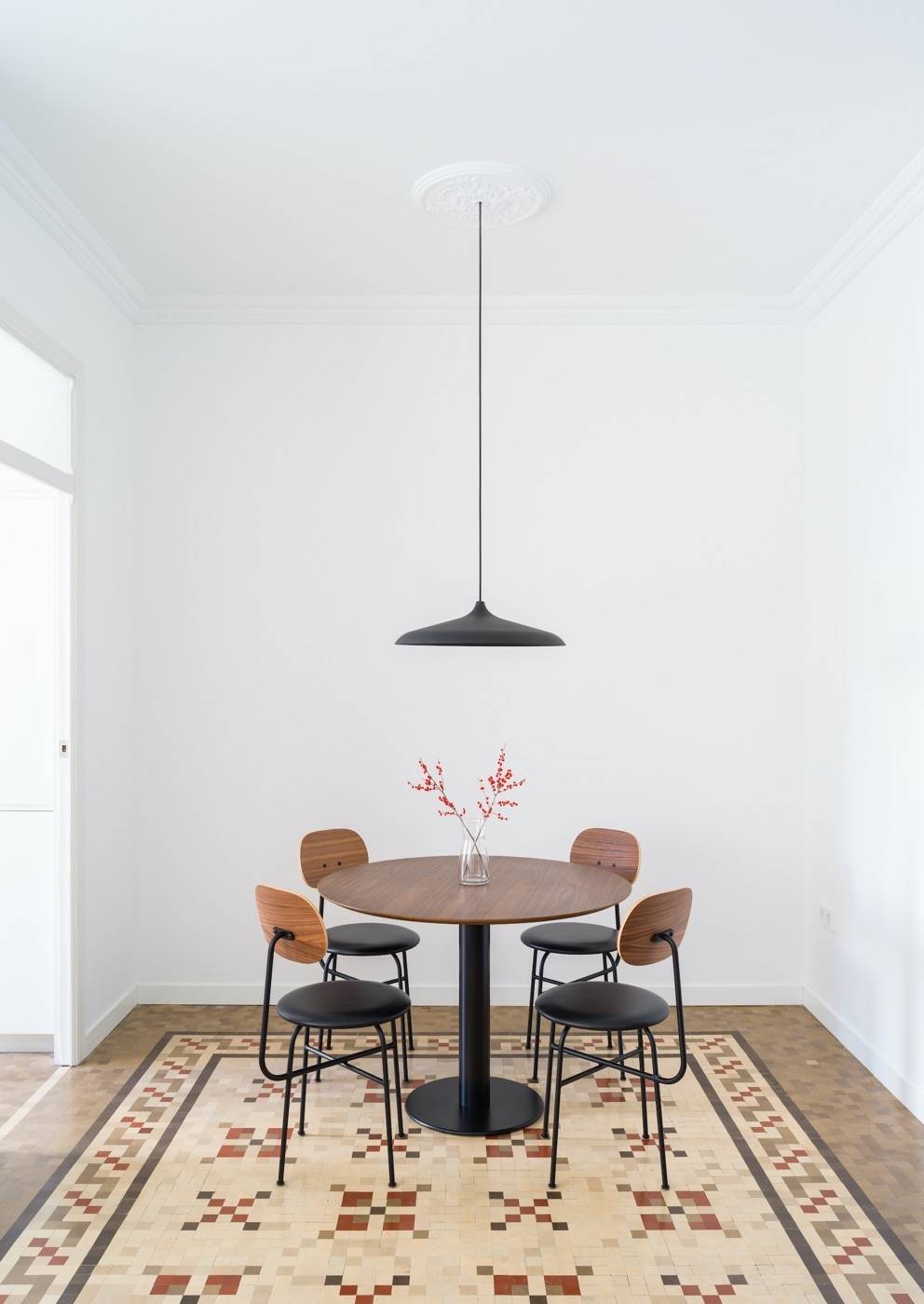 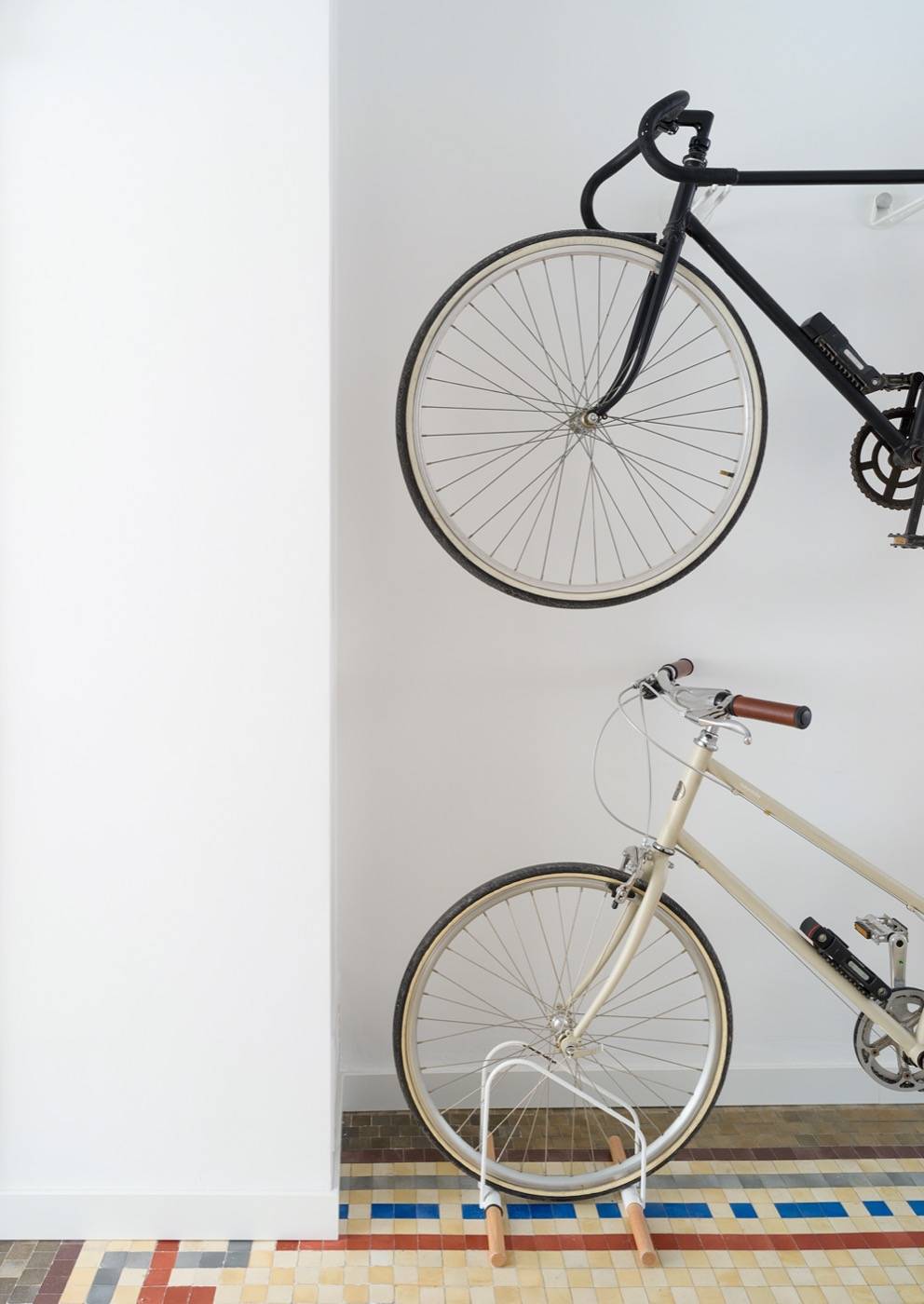 Check out products from the story: 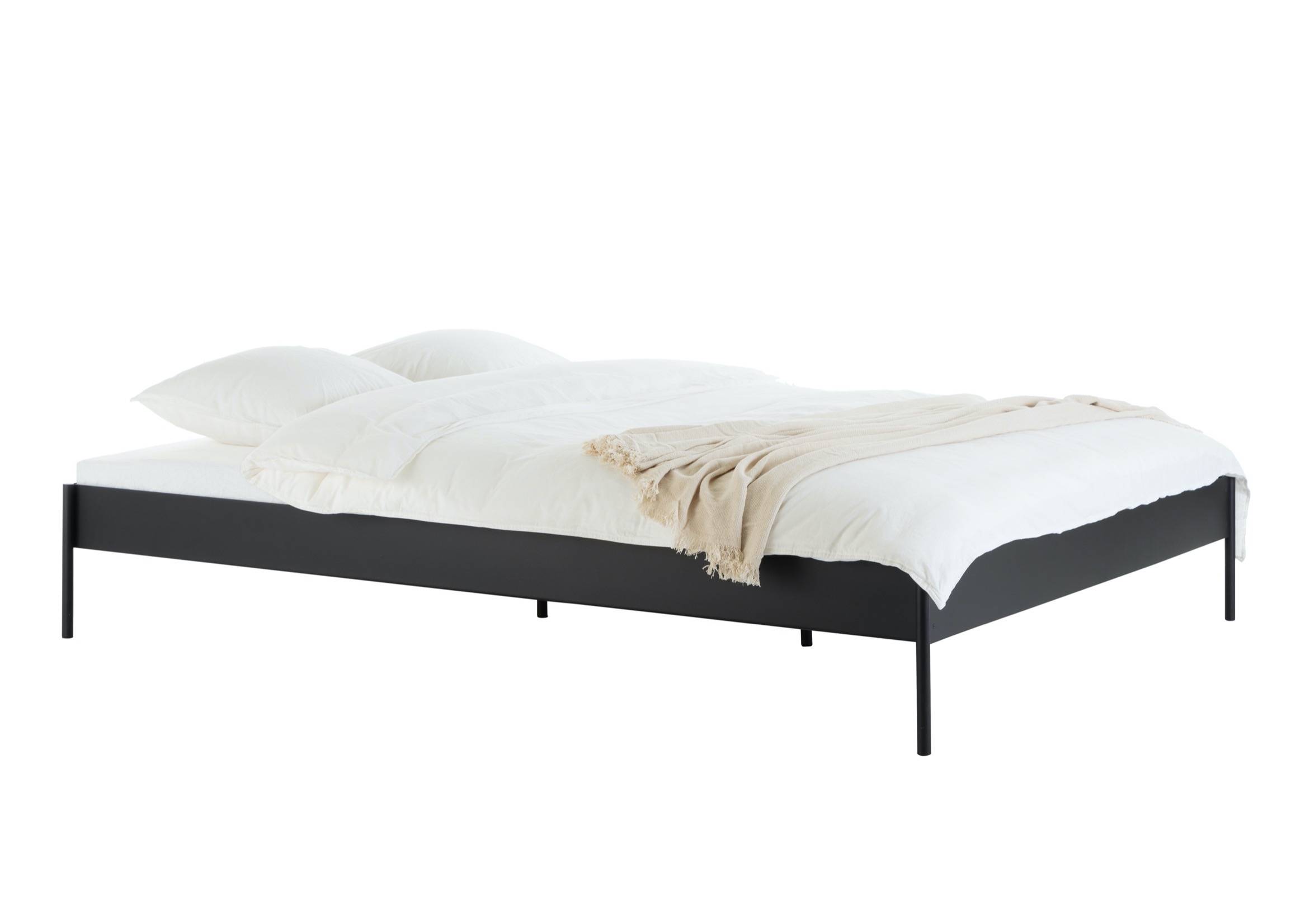 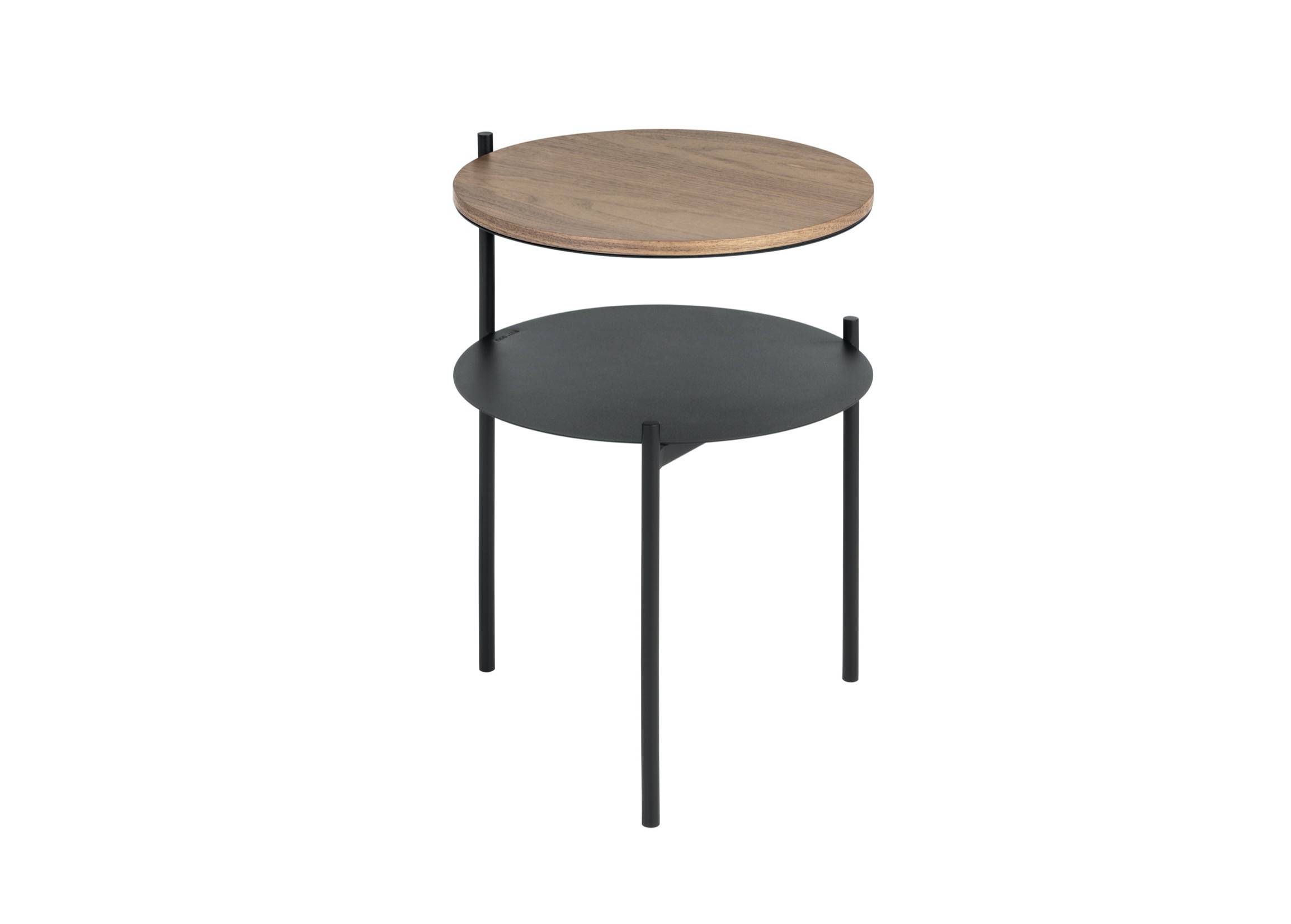 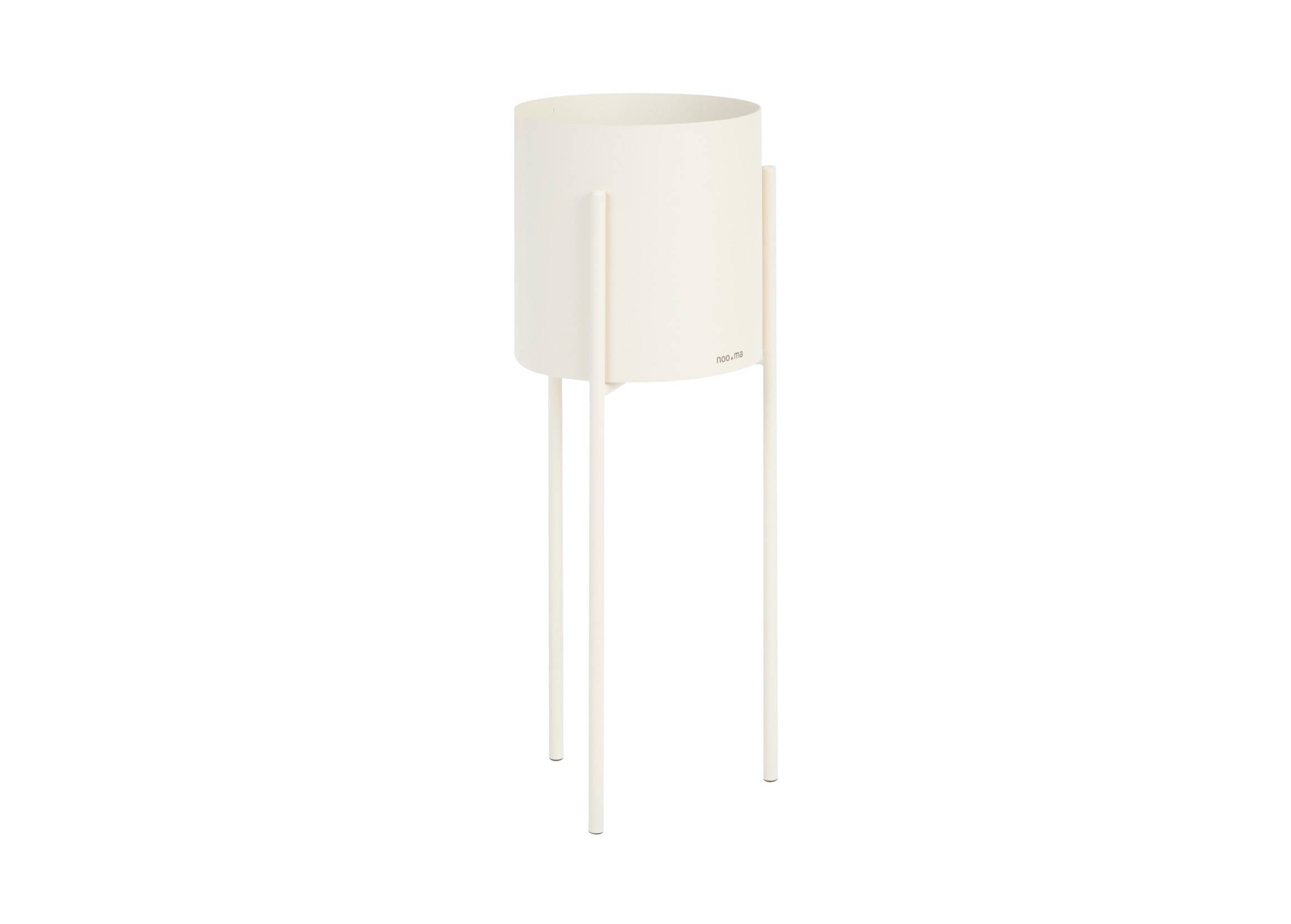 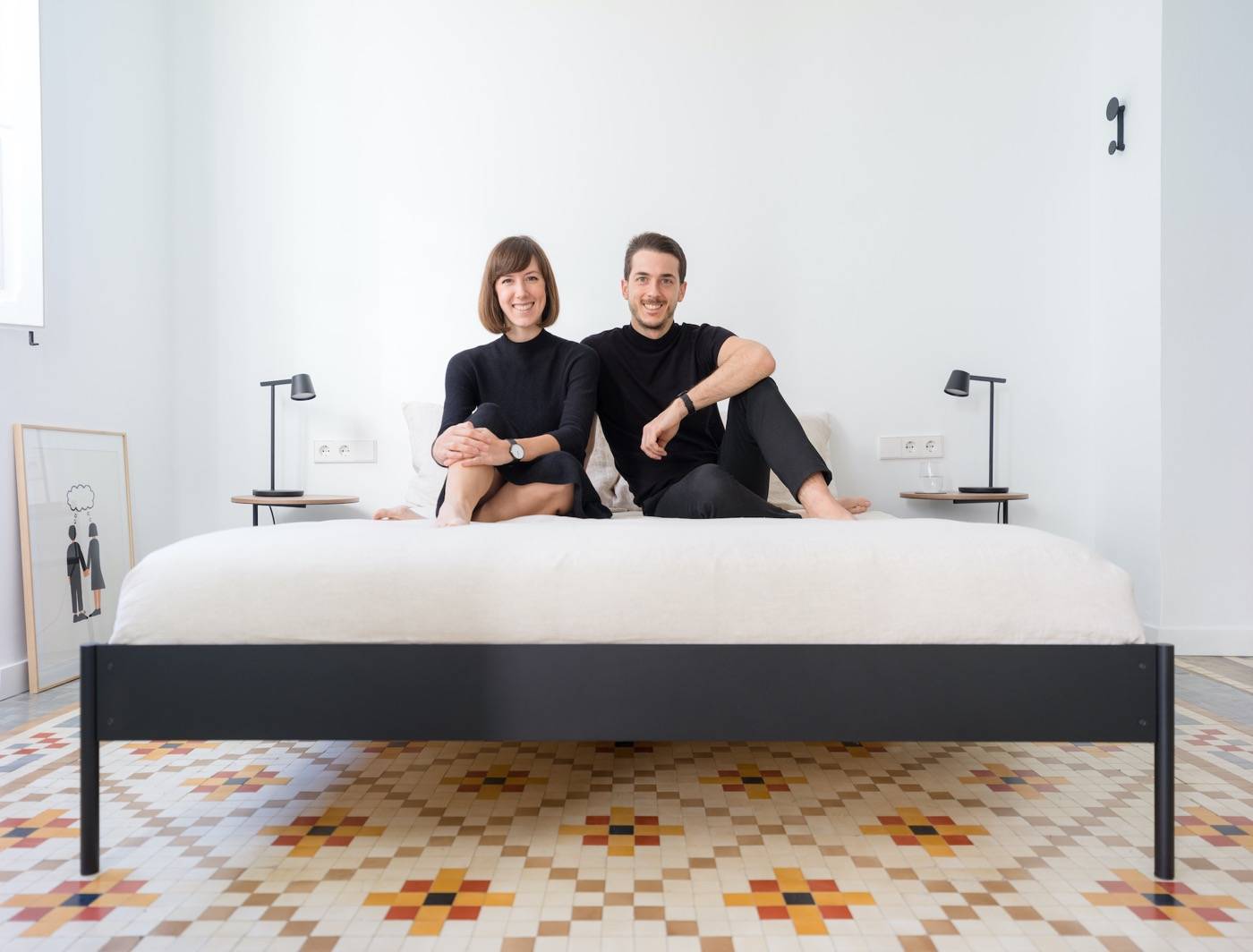 Get to know our founders and a brief history of noo.ma

The sensitive and emotional side of photography – Pion Studio